The first inhabitants of Holyoke were, of course, the Native Americans. Since the Connecticut River was a major source of transportation, many different tribes are believed to have resided in the area. These were tribes of the Algonguins, including the Pequots, Mohegans, and Chippewas. Others included the Agawams to the south, and the Nonotucks to the north, from whom early European settlers eventually purchased the land that would be incorporated into the future boundaries of Holyoke.

Holyoke would not take his name for over two hundred more years, but Captain Elizur Holyoke is reckoned to be the first European to explore the City. In 1633, he lead a daring expedition up the Connecticut River to explore the potential for settlement.

Two years later, based upon his encouraging report, European agriculture settlement began in the region. Initially concentrated in Springfield, settlers soon began to migrate to the surrounding areas that would later become the towns of West Springfield, Chicopee, and Holyoke. Holyoke was then known as Ireland Parish, a name that would be in common use until 1850. 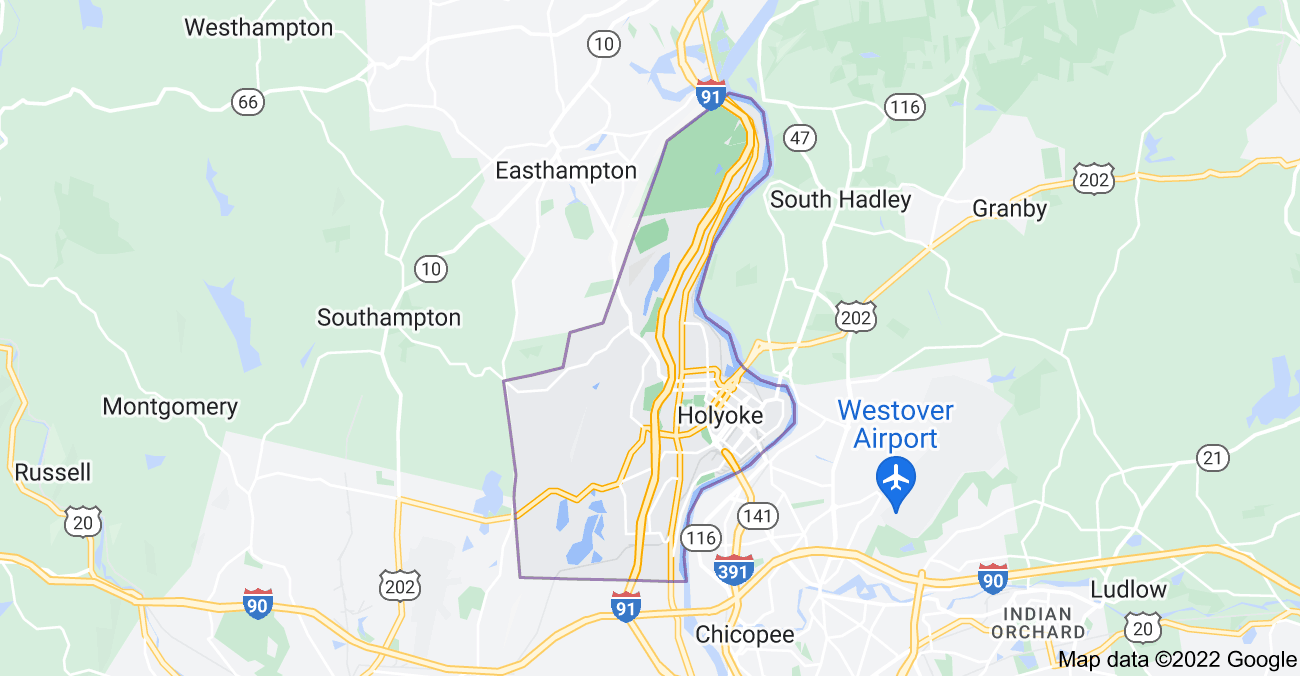 What’s My Holyoke Home Worth?