Hatfield was founded in 1660 on land granted to General Daniel Dennison and Governor William Bradford. It was formally incorporated as a town in 1670 and has a board of selectmen and an annual town meeting.

As a center for agriculture, the region produced cattle, sheep, corn, and tobacco. At first their relations with the local Native Americans were very welcoming on both sides. On October 16, 1675, a substantial part of the town was destroyed in King Philip’s War, and surviving settlers sought refuge in Springfield. On September 19, 1677, another raid occurred, killing thirteen and resulting in seventeen hostages being taken to Canada. After nine months, the surviving hostages were ransomed and returned to Hatfield.

During the American Revolution, Hatfield was an important source of supplies and men for the rebels. In 1786 the town was used as an assembly area for the discontented who became involved in Shays’ Rebellion. 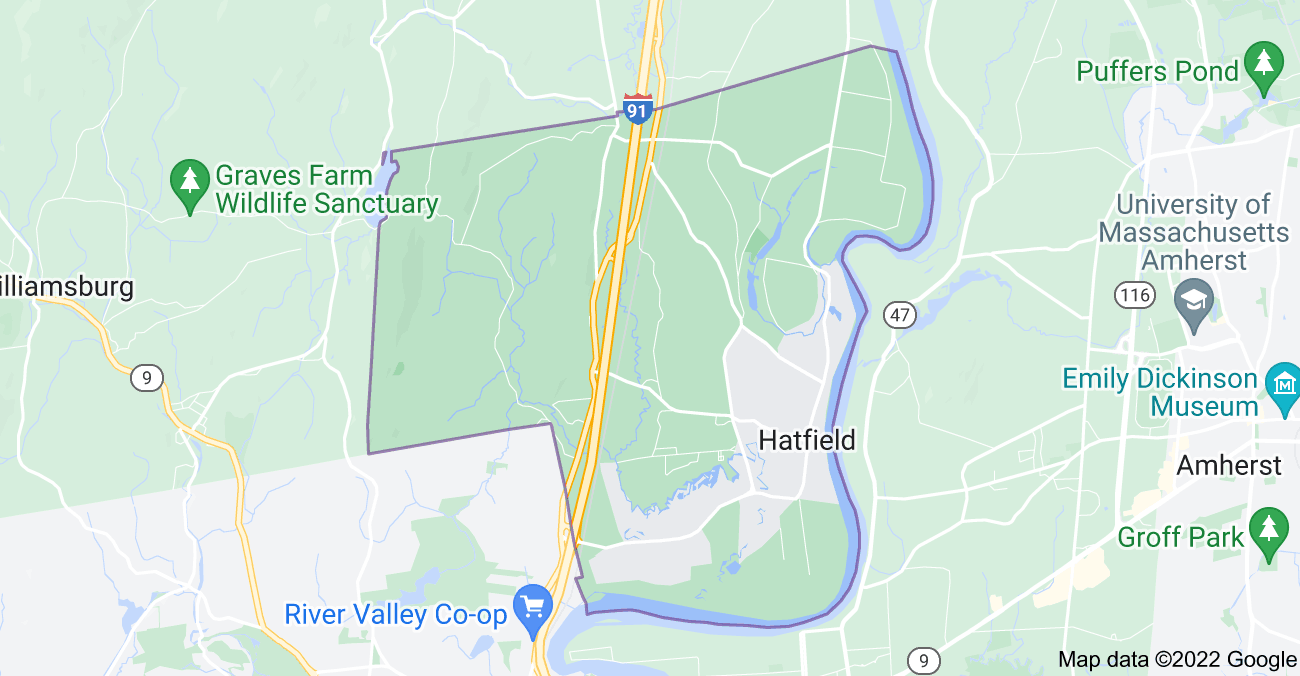 What’s My Hatfield Home Worth?