Hanson was first settled in 1632 as the western parish of Pembroke. The town was officially incorporated in 1820, and was named for Maryland publisher of the Federal Republican newspaper and U.S. Senator Alexander Contee Hanson. Hanson was a champion of free speech and freedom of the press, and he was severely beaten and his newspaper offices were attacked and destroyed by an angry mob after he published an article that was critical of the administration shortly after the outbreak of the War of 1812.

The town’s early industry revolved around farming, as well as bog iron and quarrying. Mills also popped up along the rivers during the nineteenth century. Today the town is mostly residential, with some farming and cranberry farming. Ocean Spray was first started by several bogs in Hanson, and remained headquartered in Hanson before moving to Plymouth in September 1977.

Hanson was home to the Plymouth County Hospital, a tuberculosis sanatorium, located on Bonney Hill, opening in 1919 and remaining open until 1992. 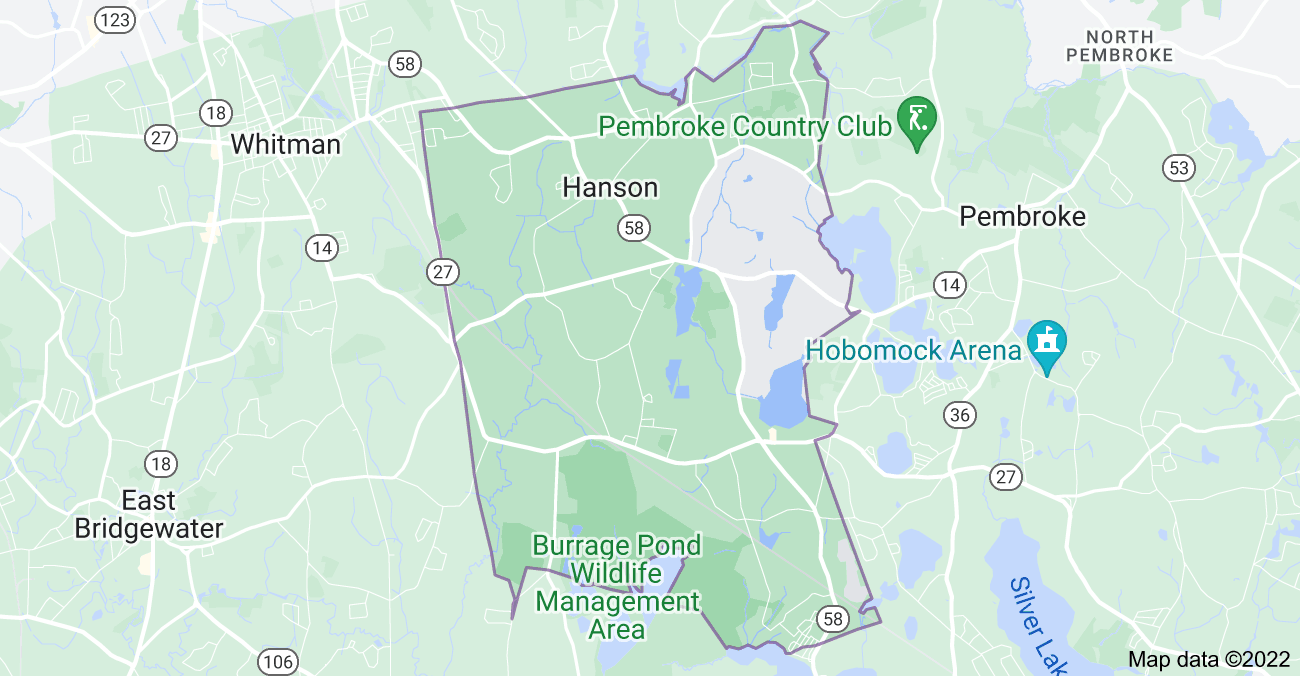 What’s My Hanson Home Worth?