Hadley’s transformation from an old agricultural order to the new form is the direct result of expansion of the nearby University of Massachusetts Amherst during the 1960s. Much of its former farmland was swallowed in the housing market stimulated by incoming faculty and off-campus students. Route 116 was redirected in an attempt to solve traffic congestion. Route 9, which runs east–west through the town to connect Amherst and Northampton, became a hotpoint for commercial development due to Amherst not wanting development on its land, and large corporations such as Stop & Shop and McDonald’s opened stores along the strip. Today, the Hadley economy is a mixture of agriculture and commercial development, including big-box stores and the Hampshire Mall. Current big-box retail includes a Wal-Mart, a Target, a Home Depot, and a Lowe’s, plus more than a dozen other stores.

In 2003, an organization called Hadley Neighbors for Sensible Development was formed that opposed continued large-scale commercial development in Hadley by emphasizing the downside of such growth. 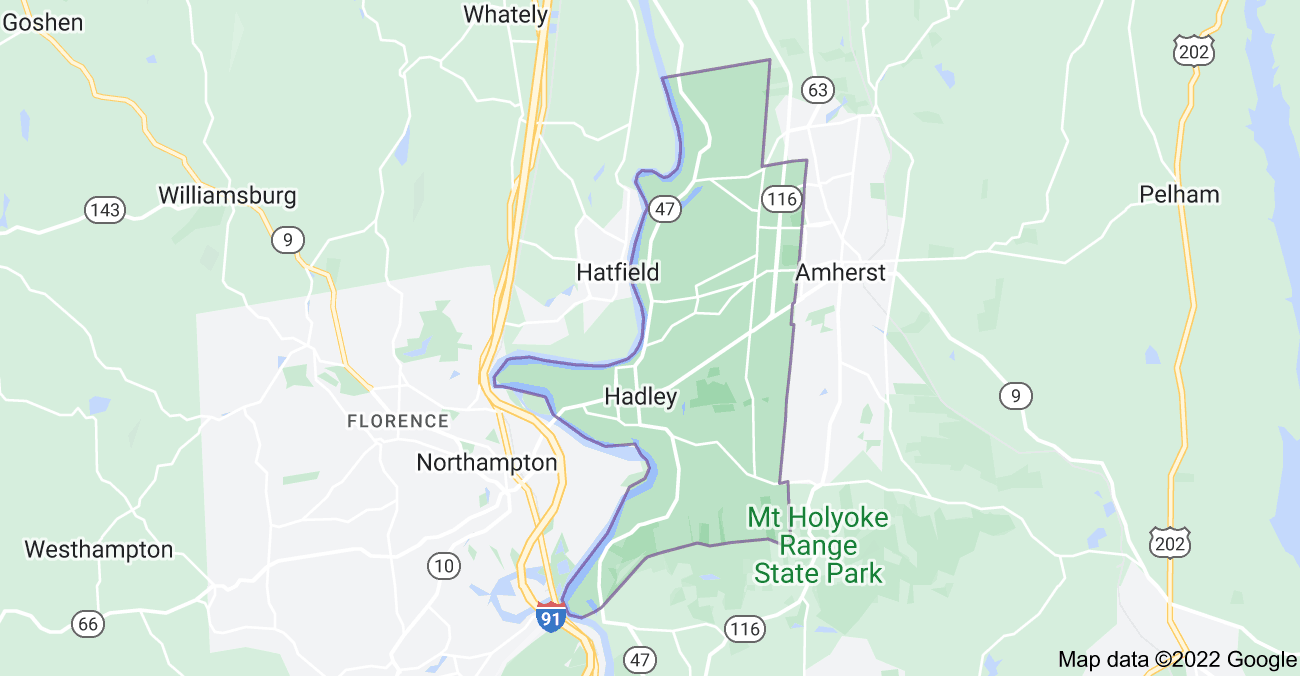 What’s My Hadley Home Worth?