In December 1638, after seventeen years of service, the Reverend Ezekiel Rogers was discharged from his post as rector of the parish of Rowley in Yorkshire, England. He had refused to read “that accursed book allowing sports on the Lord’s Day.” Believing the future of Puritanism was at stake, he and the members of twenty families sailed for the New World. Within these families were people of means and learning, including farmers, weavers, carpenters, and smiths. The first printing press brought to America was on board that same ship, the “John of London”.

Since there were no plantations left along the coastline, Reverend Rogers settled a tract of land between Ipswich and Newbury, where a land boom had developed. These two towns had already established grants on this tract, so the newcomers were required to purchase them for £800. Reverend Rogers’s settlement was established in modern-day Rowley. The initial settlement comprised sixty families. In September 1639, the town incorporated, and included the territory now occupied by Rowley, Georgetown, Groveland, Boxford, and Bradford. 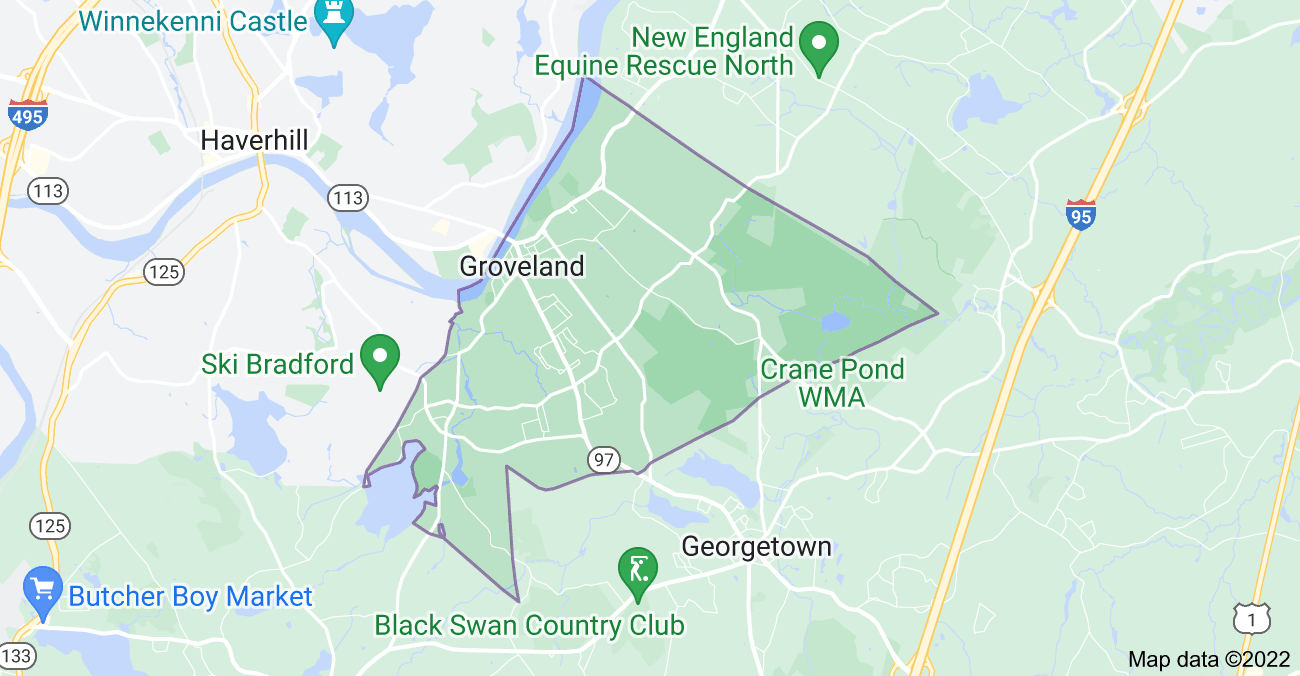 What’s My Groveland Home Worth?