Groton, Massachusetts, founded in 1655, has a population of 10,406 (2006 Town Census) and is located in the Nashoba Valley area in northwestern Middlesex County. The town is governed by Town Meeting. With an area of 32.54 square miles, Groton is the largest town in Middlesex County. There are 106 miles of plowed or maintained roads within the town. Town Hall is 320 feet above sea level and the highest elevation is at Chestnut Hills at 516 feet above sea level.

In 2017, following the negativity of the campaign for the 2016 presidential election, the town adopted the motto “All Are Welcome” as a statement of its openness and tolerance. Six stones were engraved with this motto and placed on the major roads entering the town from neighboring communities In 2020, nearly 100 years after the Klan events of the mid-1920s and in recognition of earlier violence and the contemporary social justice movement, Groton unanimously approved a measure denouncing racial bigotry and advocating equality. 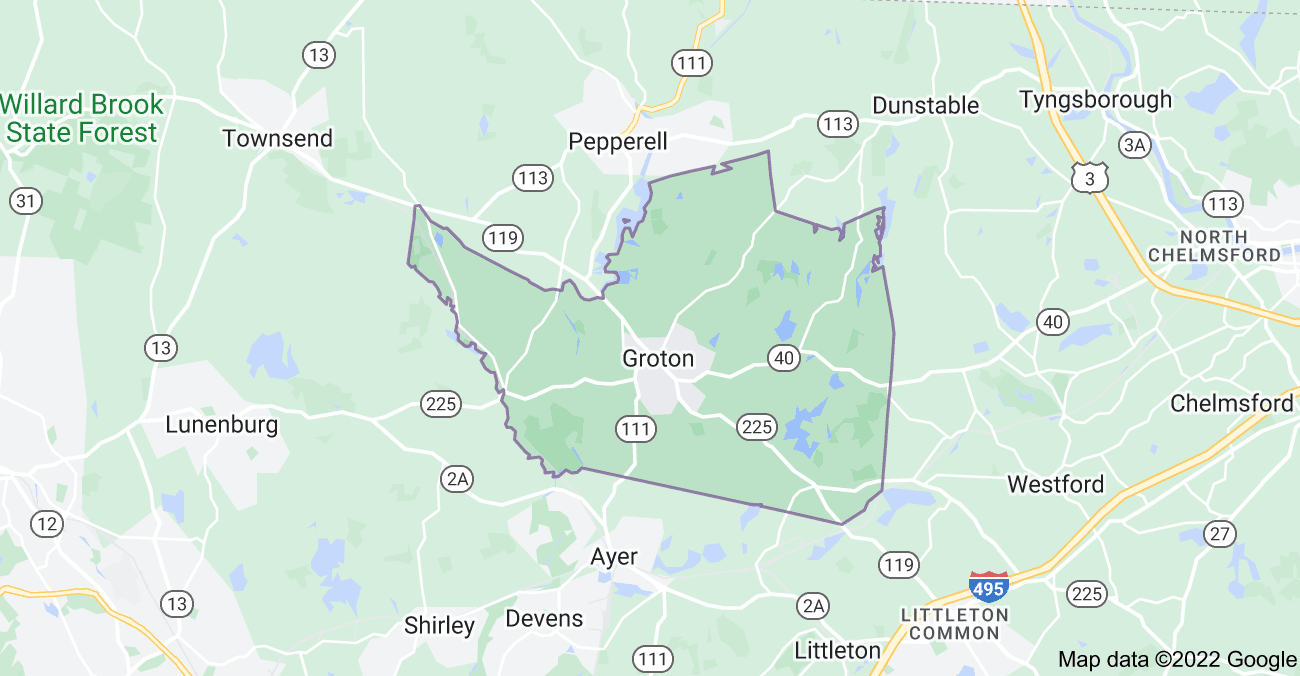 What’s My Groton Home Worth?