Georgetown was incorporated in 1838 but its birth was 200 years before when a small group of Yorkshire families led by Rev. Ezekial Rogers set sail in 1638 from Rowley, England for Salem, Massachusetts on the ship “John”. Mr. Rogers and his party of about 100 men, women and children, having arrived late in the year, remained in Salem for the winter living in common houses.
The community thrived and after a few years these settlers began to explore the rest of their plantation that extended to the Merrimac River. From the vantage point of Prospect Hill, named in anticipation of what lay to the west, they saw another hill, bare at its summit and surrounded with trees below. The image suggested a bald pate and today is still known as Baldpate Hill. It is the highest point in the county, and on clear days one could see the ocean from this Georgetown hilltop. 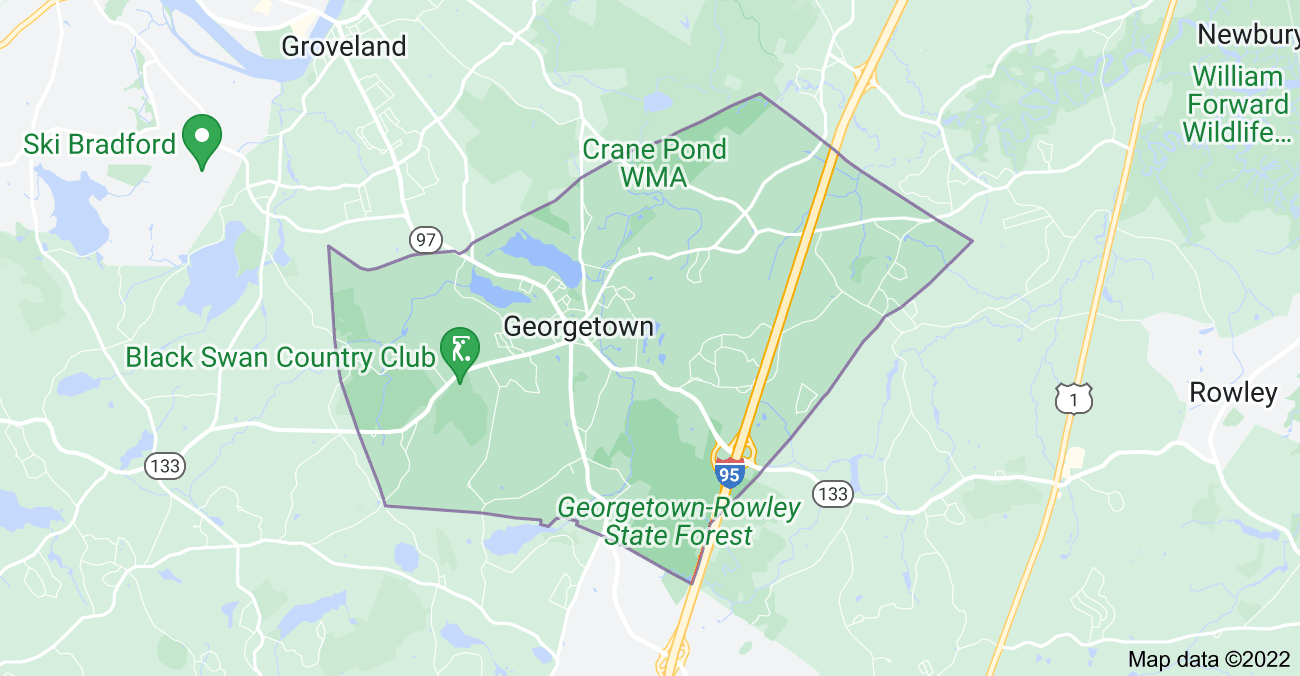 What’s My Georgetown Home Worth?