In 1774, the area now known as Gardner, consisted of several land tracts in Ashburnham, Winchendon, Westminster and Templeton, which were connected by three roads. Access to those surrounding towns, via one of the three roads, was difficult in good weather and all but impossible in inclement weather. Citing the inability to worship or purchase supplies during the winter months, the original inhabitants of the area petitioned Congress to make that area a separate Town. In 1785, a petition was written, enough signatures were gathered and Township was granted. The Town was named for Colonel Thomas Gardner, who was fatally wounded in the battle of Bunker Hill. Seth Heywood, one of the signers of the petition, fought alongside Col. Gardner at Bunker Hill.

In 1888, an employee of Gardner’s largest furniture manufacturer, Edward G. Watkins, created a time recording device to keep track of the hours worked by the employees. It was so easy to operate, that he named it Simplex. As a result of the adoption of this time clock, the phrase “punching the clock” became a standard of American lingo. 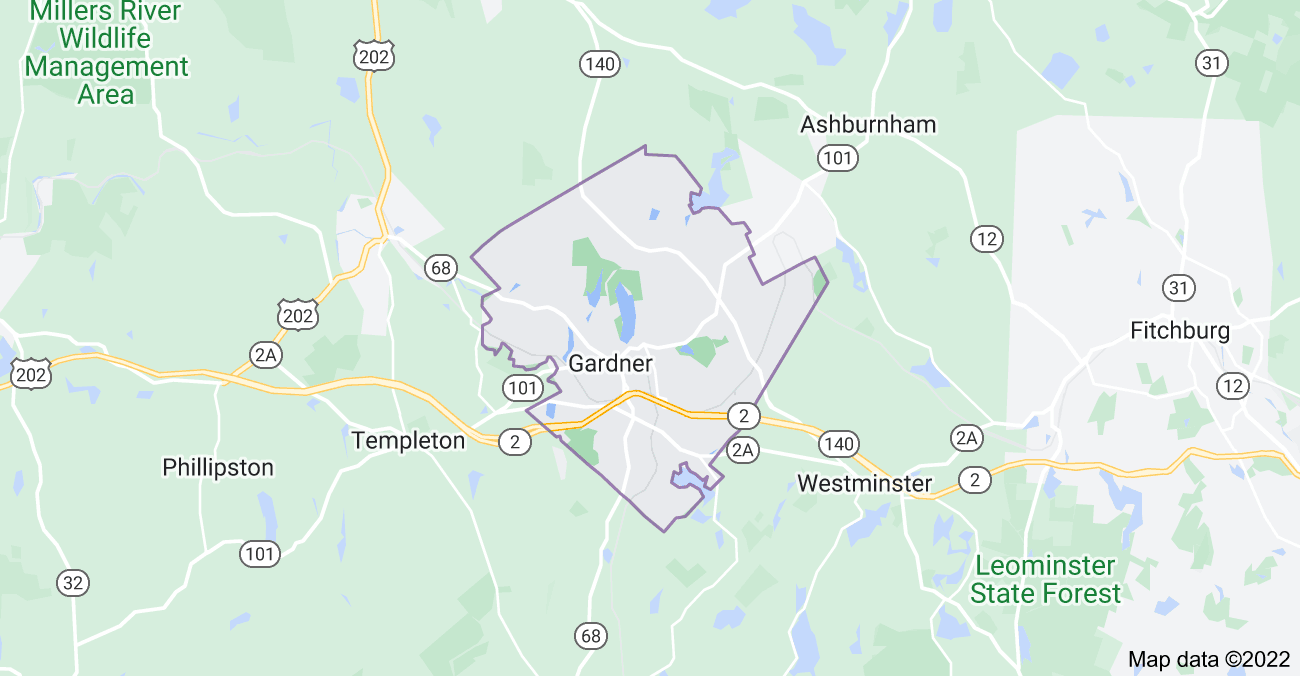 What’s My Gardner Home Worth?