The Town of Freetown is a pastoral community in Bristol County with a small summer colony and a maritime history. The town’s early economy was based mostly on agriculture, but the water power of the Assonet River eventually brought grist, saw and fulling mills after 1695 and in the 18th century the town’s industries included a tannery. One of the state’s first trout hatcheries was established in Freetown, and in the 1870’s railroad dining cars and the luxurious dining rooms of ocean liners were serving Freetown trout.

Residents of the town turned to small market gardening, dairy production and lumbering and by the end of the century, much of the land that had been farmed was returning to forest as Freetown regained some of its pre-Colonial rural landscape. Residents are very proud of the town’s Colonial history, pointing out that the first company of militia was formed in Freetown in 1683 and that three companies of Minute Men turned out on April 19, 1775 for the Battle of Lexington and then served honorably and well with the Continental Army. 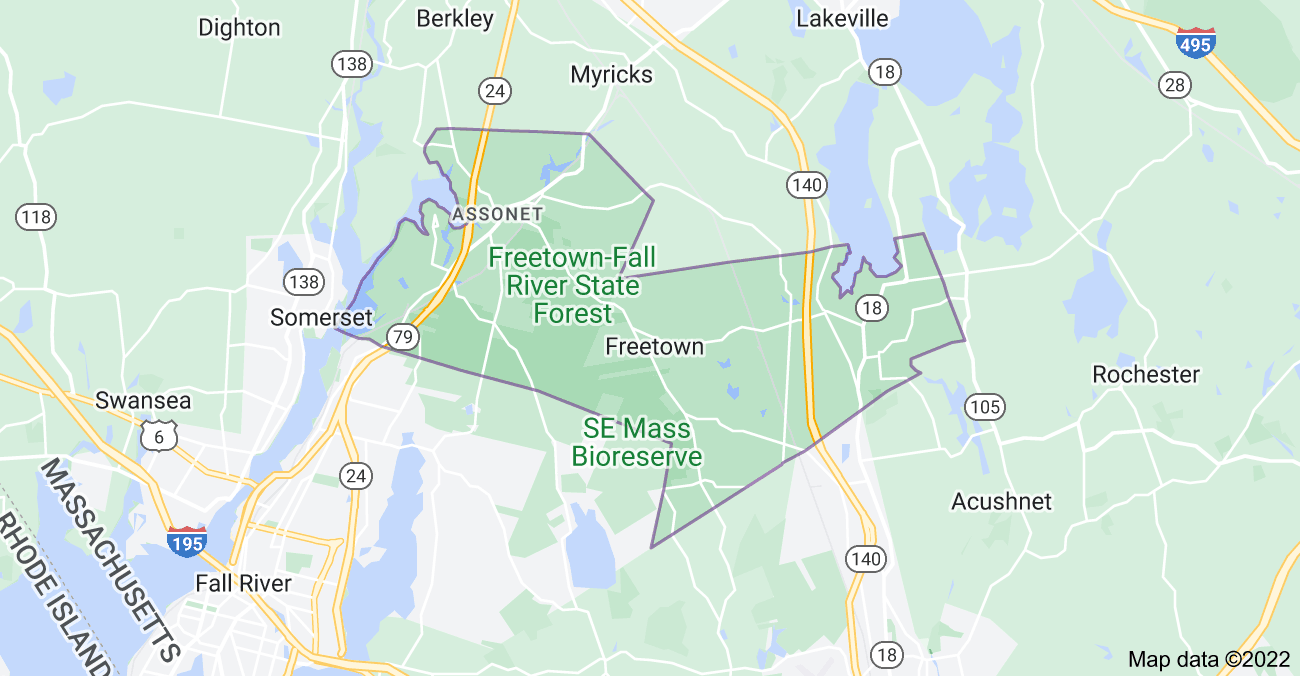 What’s My Freetown Home Worth?