Dunstable is a rural community located just south of the Nashua, New Hampshire border which encompasses a little under 17 square miles. Besides Nashua, Dunstable is also bordered by Hollis, New Hampshire at its northwest edge, Pepperell to the west, Tyngsborough to the east and Groton to the south. The majority of the town is zoned single family and farming with an estimated population count of fewer than 3,300 people spread out amongst some 1000 +/- households.

As is common with many small communities, there is a lot of volunteer participation and contributions that make things happen. As an example, Dunstable fortunately has volunteer groups who have undertaken the responsibility for pulling together and orchestrating many of the activities that residents look forward to including the Memorial Day Parade and Summer Concert Series, funded mostly through donations. Dunstable has a gardening group who volunteers their time and raises funds for plantings around town. The group has taken on the responsibility for designing, planting & maintaining the flower beds around the Town Hall, on the Town Common, the watering trough, Police Station and Fire Station to name a few. 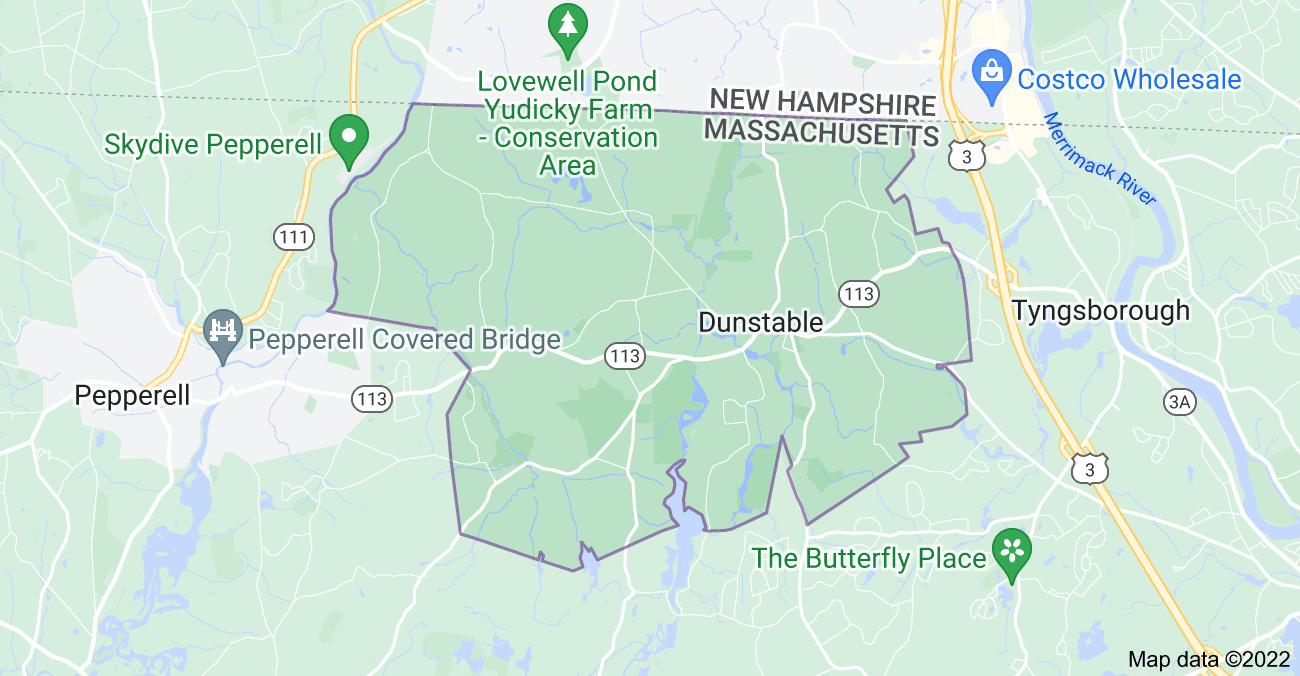 What’s My Dunstable Home Worth?