Clinton was first settled by Europeans in 1654 as a part of Lancaster. It was officially incorporated as a separate town on March 14, 1850, and named after the DeWitt Clinton Hotel in New York, a favorite place of the town’s founders, Erastus Brigham Bigelow and his brother Horatio.

Clinton became an industrialized mill town, using the Nashua River as a source for water power. In 1897, construction began on the Wachusett Dam, culminating in the filling of the Wachusett Reservoir in 1908. This flooded a substantial portion of Clinton and neighboring towns, which had to be relocated. A noteworthy feature of the Boston metropolitan public water service was begun in 1896 in the Wachusett lake reservoir at Clinton. The basin excavated there by ten years of labor, lying 385 ft. above high-tide level of Boston harbor, had a capacity of 63,068,000,000 gallons of water and was the largest municipal reservoir in the world in 1911, yet was only part of a system planned for the service of the greater metropolitan area. 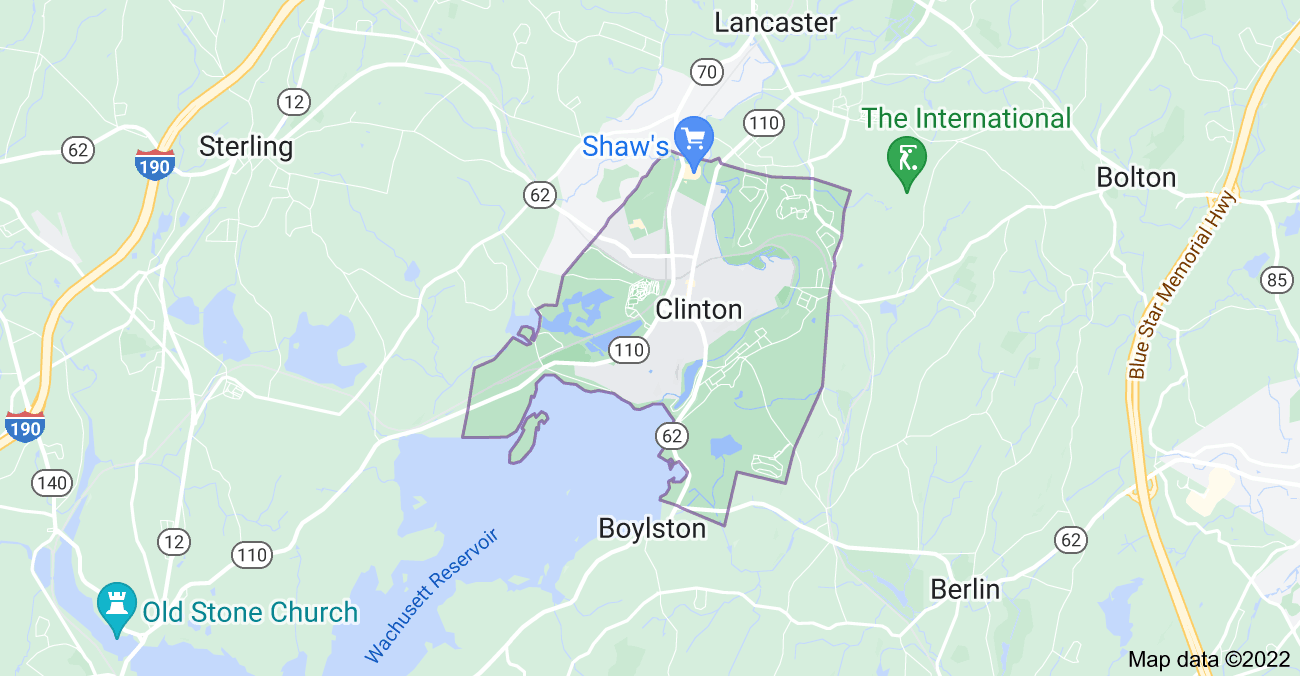 What’s My Clinton Home Worth?