Carver is a town in Plymouth County,  Money from the iron helped the community to grow, as evidenced by several mansions still in existence in the town. Also located in Carver is Savery’s Avenue, the first divided highway in America, which was opened to the public in 1860 by William Savery. The trees between the roads and on the outside of them were to be left for “shade and ornament for man and beast”. Both road beds were macadamized in 1907. A portion of the expense was advanced by the daughters of the builder, Mrs. Mary P.S. Jowitt and Ms. H.D. Savery. By the 1940s the cranberry harvest was the largest in the world, and today it is still a major business in town.

Carver also has two notable tourist attractions. Edaville Railroad is a narrow-gauge railroad attraction which opened in 1949. It has long been a family tourist attraction in Southeastern Massachusetts, especially for its festival of lights around Christmastime. The town is also the site of King Richard’s Faire, a re-creation of a 16th-century English fair which is open on weekends throughout September and October. It is New England’s largest Renaissance fair. 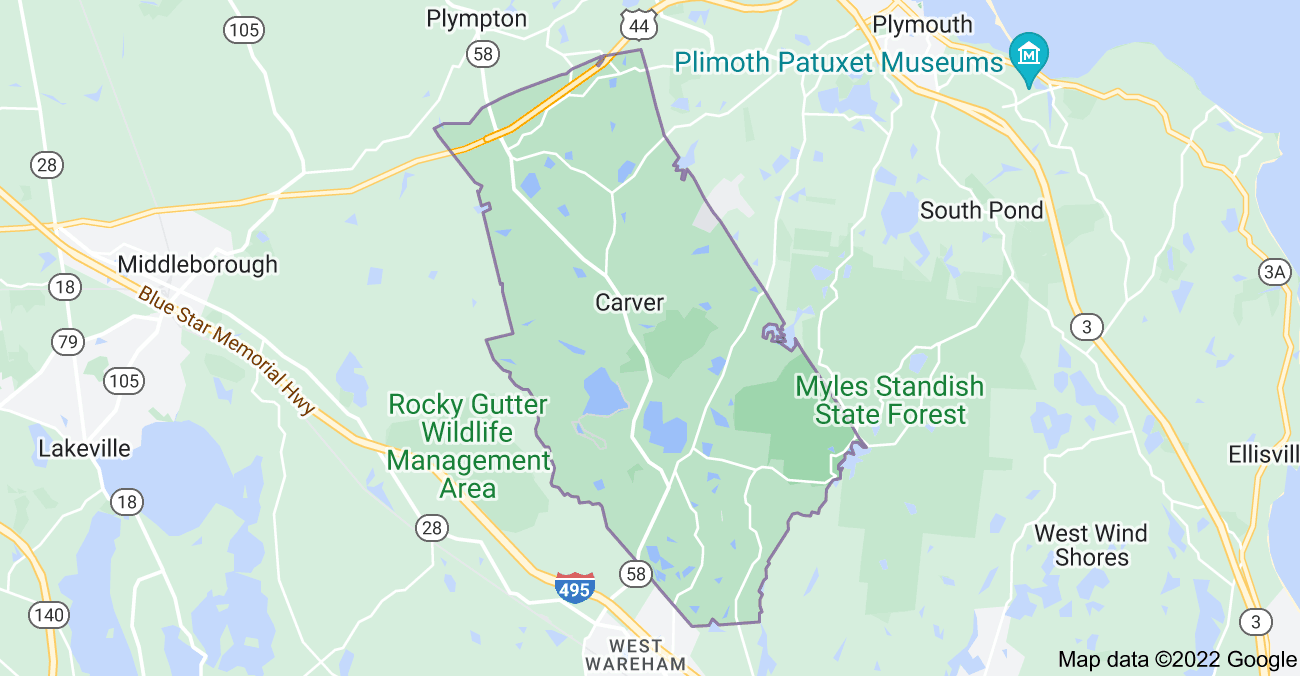 What’s My Carver Home Worth?