The town of Bolton was incorporated on June 24, 1738, following an influx of settlers. Town historian Esther Whitcomb, descendant of one of Bolton’s earliest documented settlers, cites the recorded birth of a son, Hezekiah, to Josiah Whitcomb in 1681. By 1711, according to Whitcomb, more than 150 people were living on Bolton soil, despite a local history of Indian uprisings and one massacre. Many early houses were protected by flankers, and were designated as garrisons. Bolton’s history is interesting because it is reflective of early settlement patterns in the central Massachusetts area, and the conflicts with King Philip (Metacom) and his Indian soldiers. The town was formerly part of the town of Lancaster, but seceded along the Still River, where the current boundary line still stands.

In the 1920s Bolton was used as a setting and mentioned a number of times in H.P. Lovecraft’s fiction: as a setting in his Herbert West—Reanimator, and also mentioned in his The Rats in the Walls and The Colour out of Space. However, H.P. Lovecraft’s Bolton was located on the North Shore near Ipswich, Massachusetts, and was described as a factory town bearing little resemblance to the actual town. 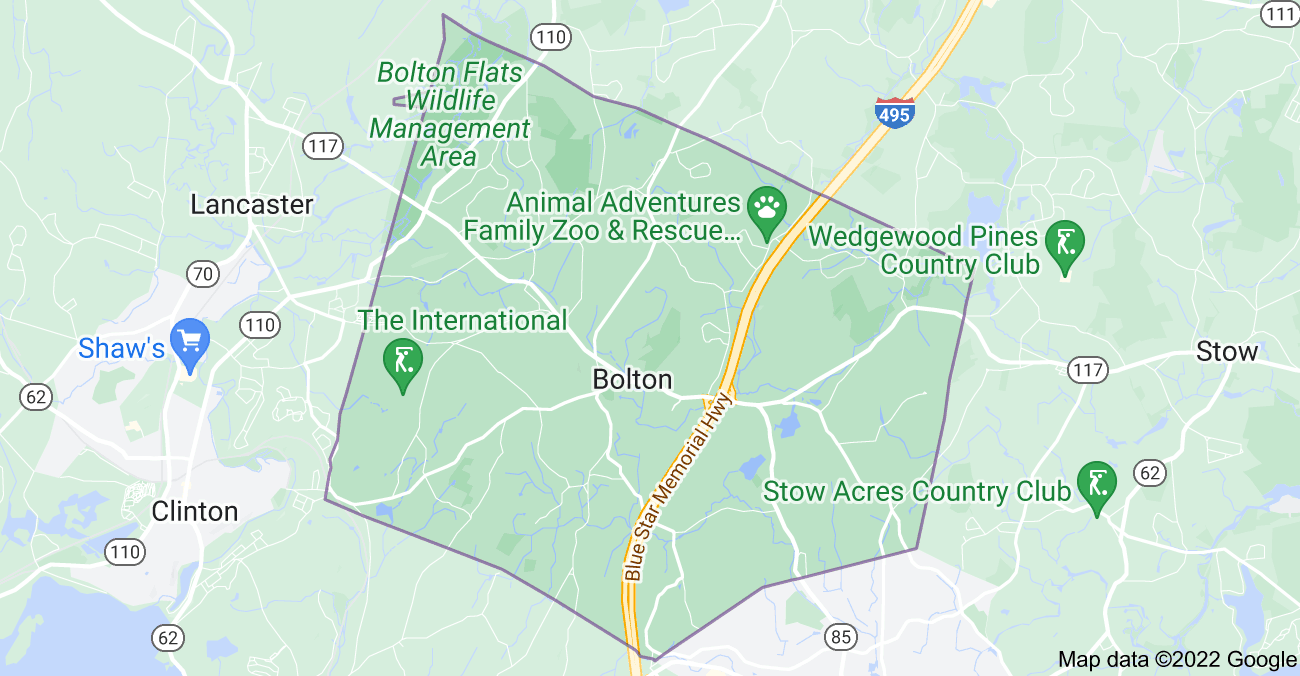 What’s My Bolton Home Worth?