Blackstone is a town in Worcester County, Massachusetts, United States. The population was 9,208 at the 2020 census. It is a part of the Providence metropolitan area.

This region was first inhabited by the Nipmuc. Blackstone was settled by European immigrants in 1662 and was incorporated in 1845. The town was part of Mendon, Massachusetts, before becoming a separate municipality. Blackstone is within the area of the John H. Chaffee Blackstone River Valley National Heritage Corridor of Massachusetts and Rhode Island. 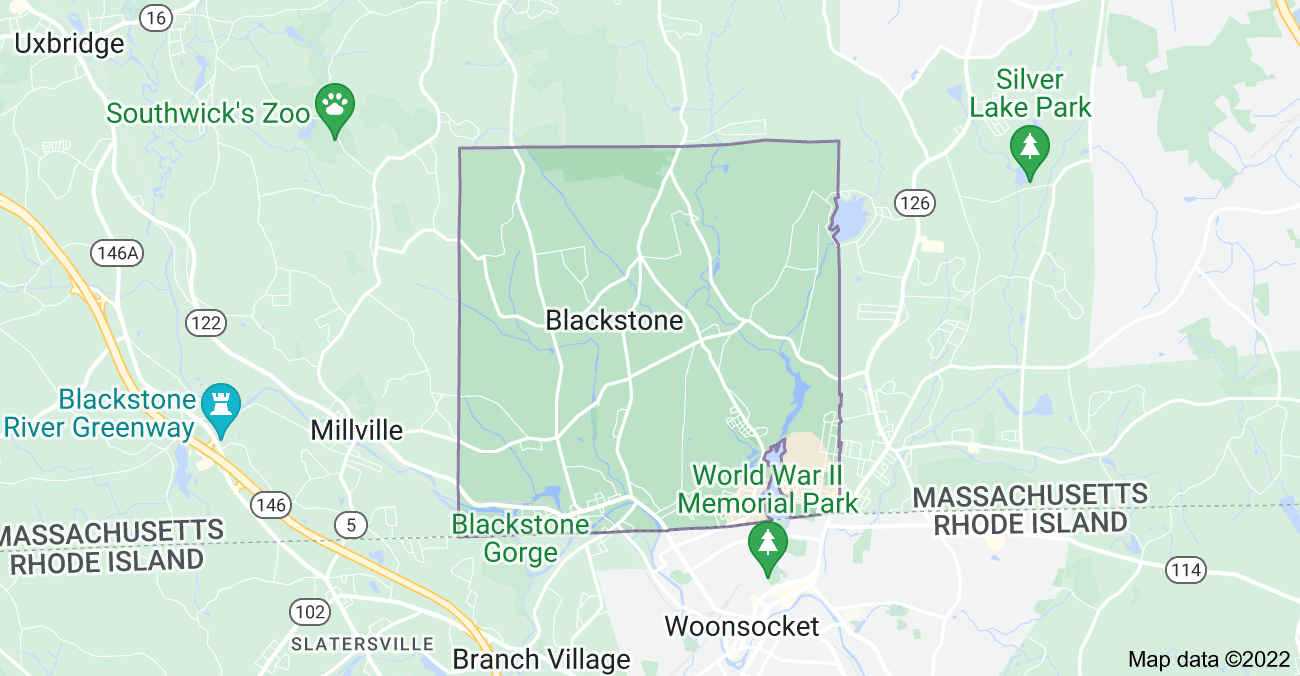 What’s My Blackstone Home Worth?