Berlin is a town in Worcester County, Massachusetts, United States. The population was 2,866 at the 2010 census. The town’s name is pronounced with the stress on the first syllable.

Berlin lies in a low range of hills between the Nashua River and Assabet River valleys. Incorporated in 1812, the town was a residential and agricultural community, growing mixed hay grains and raising cattle. For a period after the Civil War, Berlin was home to a large shoe factory, and shoe manufacturing and lumbering provided non-agrarian jobs. The town soon moved into specialty market gardening, sending 41,000 bunches of asparagus to market in 1885, growing hops and raising chickens. By 1940, 83,600 dozen eggs were produced annually by the poultry farmers of Berlin.

Today Berlin is a pleasing mix of past and present. It continues to embrace its tradition as it cautiously sets in motion plans for its future. 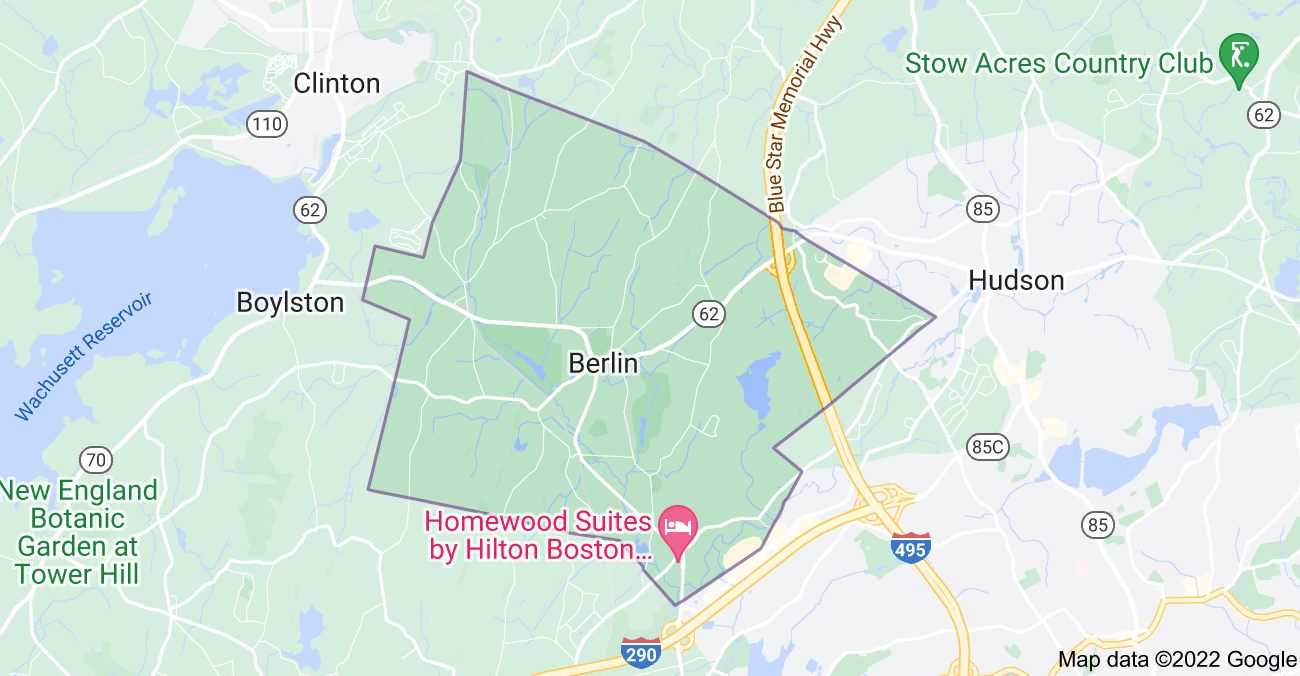 What’s My Berlin Home Worth?