The Town of Berkley was established April 18, 1735, and named for George Berkeley, Bishop of Cloynes, Ireland. Berkley is bordered north by Taunton, east by Lakeville, south by Freetown and west by the Taunton River. The total area of the town is 16.4 square miles. Berkley is in Bristol County, about 40 miles south of Boston.

Berkley’s history includes a legend that in 1675 on Conspiracy Island King Phillip formed his confederacy. Also in 1675 Edward Bobbet (Babbitt) returning to his home became the first white man slain by Indians in the area during the King Phillip War.

The first description Dighton Rock was noted in 1690. Shipbuilding began in 1790 and continued for over 75 years. In 1866, the largest two masted schooner in the world was launched at Berkley Bridge. The Old Town Hall was built in 1849 and the Library was constructed in 1918 by the Carnegie Fund. From 1858 to 1876 the Bristol County Central Cattle Show and Fair was held in Myricks (then the part of the City of Taunton). 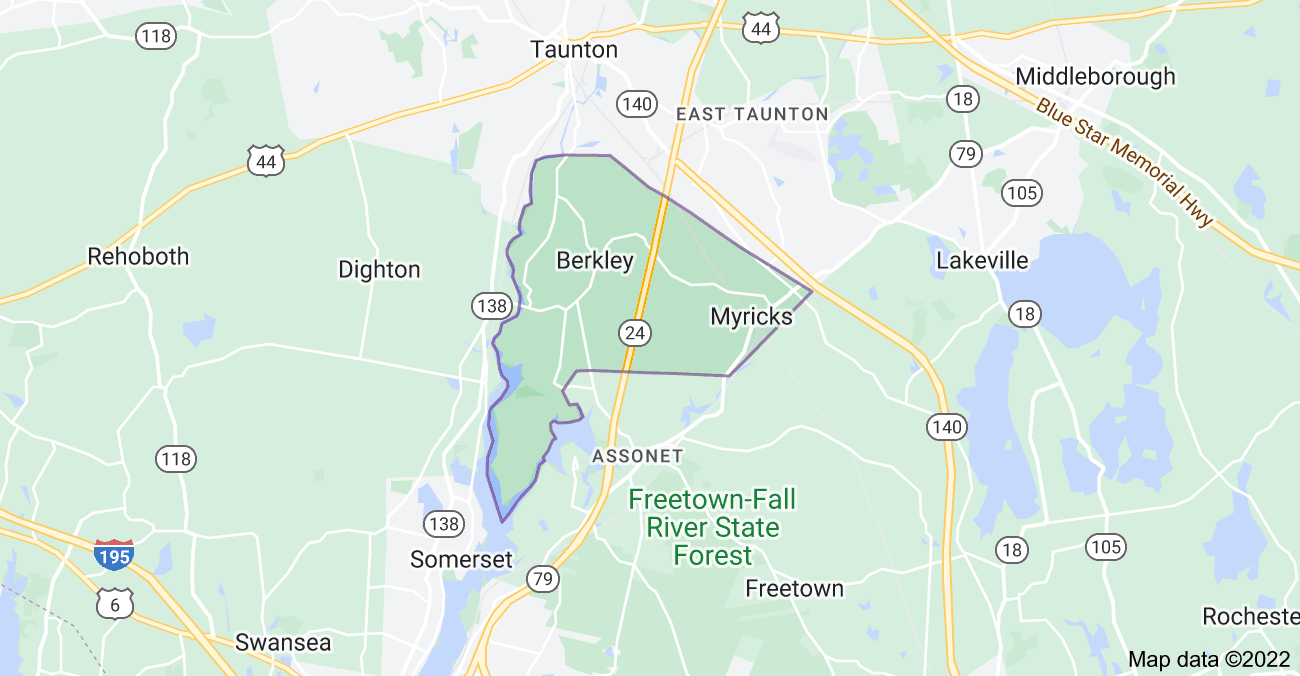 What’s My Berkley Home Worth?