Sir Richard Bellingham was one of the original twenty-six members to draw up the Massachusetts Bay Colony Charter, established in Boston by Puritan leaders for religious and political refuge. Settlers in Boston could not become citizens until they joined the church and were accepted as free men by vote.

Today Bellingham is a vibrant community of 16,000 residents. Thanks to aggressive development which began in the 1990’s, The Town has a mix of industry, major distribution centers, as well as nearly 1,000,000 sq. ft. of retail which is located off exit 18 of Interstate 495. Thanks to the aggressive development of the 1990’s, Bellingham maintains a very modest residential tax rate and boasts some of the best services in the region. 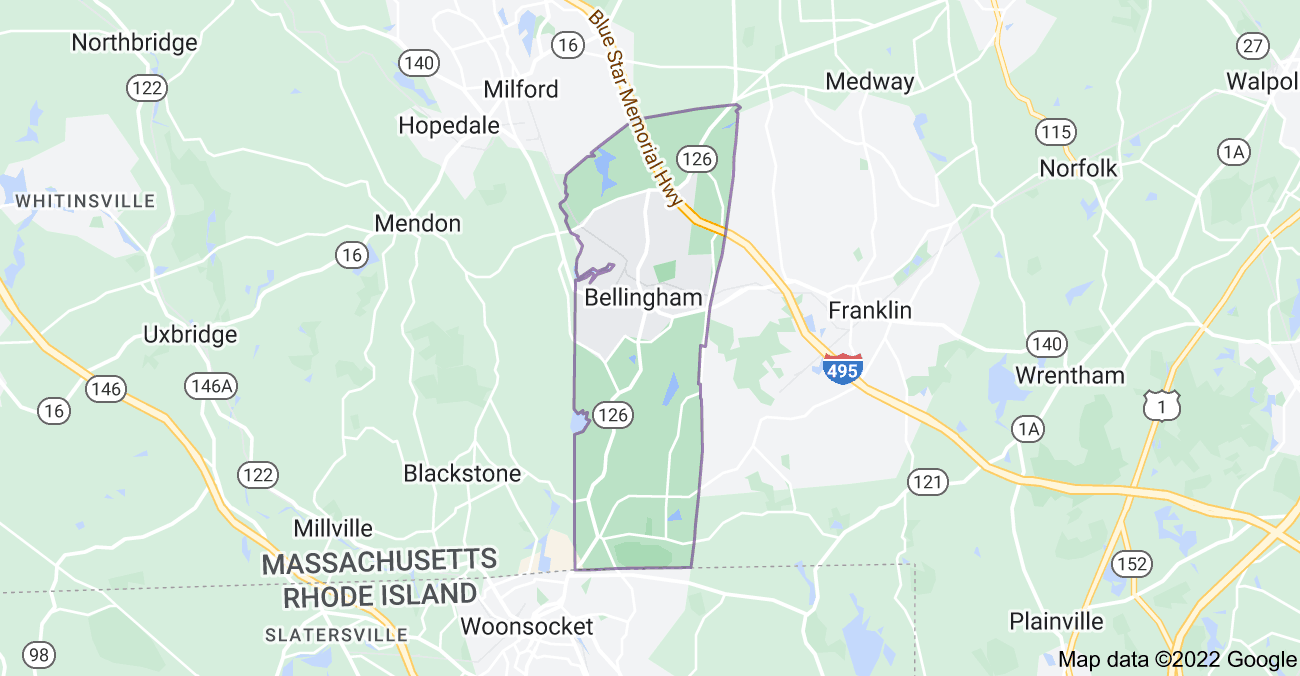 What’s My Bellingham Home Worth?