Belchertown has one of the largest land areas in Massachusetts and lies adjacent to the Quabbin Reservoir, one of the largest man-made reservoirs in the country. Although Belchertown is considered a “semi-rural” community with scenic landcape, it has experienced unprecedented residential development. As a result of this influx, the Town’s population increased 27 percent to 10,579 in 1990 and is estimated at approximately 14,000 at this time.

Up until the time of the Civil War, an active carriage trade thrived in town. Summer residents discovered Belchertown in the early 1900’s, establishing a few large summer hotels. Today there are few farms left. The Center of Town is highlighted by an expansive and beautiful Town Common. Small businesses are located around the Common and in an emerging municipal and economic development area at the site of the former Belchertown State School.

The Economic Development and Industrial Corporation (EDIC) has been formed to market the site and attract development to the area. 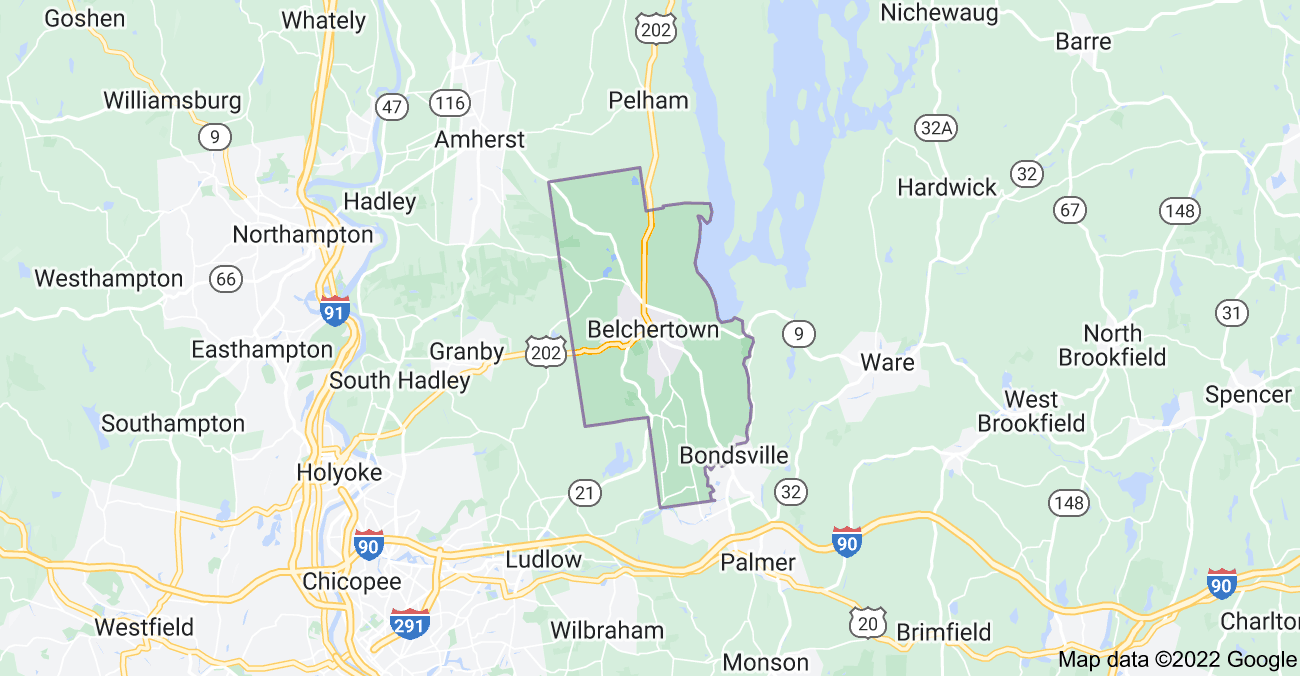 What’s My Belchertown Home Worth?