The Town of Barre is a small rural community located 61 miles from Boston, almost exactly in the center of the State, and covers 44.8 square miles. It has a population of 5,365 is bordered by Phillipston on the north, Hubbardston on the northeast, Rutland and Oakham on the southeast, New Braintree on the south, Hardwick on the southwest, and Petersham on the northwest. Barre is 22 miles northwest of Worcester has a latitude of 42.422N, a longitude of 72.105W and and elevation of 784 feet above sea level. The form of government is Board of Selectmen and open town meeting.

The town of Barre did not start out as the “Town of Barre”. From the beginning of the earliest kept records Barre was part of Rutland. The town was part of the Naquag grant and was made the “Northwest District of Rutland in 1749. During the Industrial Revolution, it became known for its production of farming equipment and palm leaf hats. During the Civil War it supplied much of the gunpowder used by the Union Army. 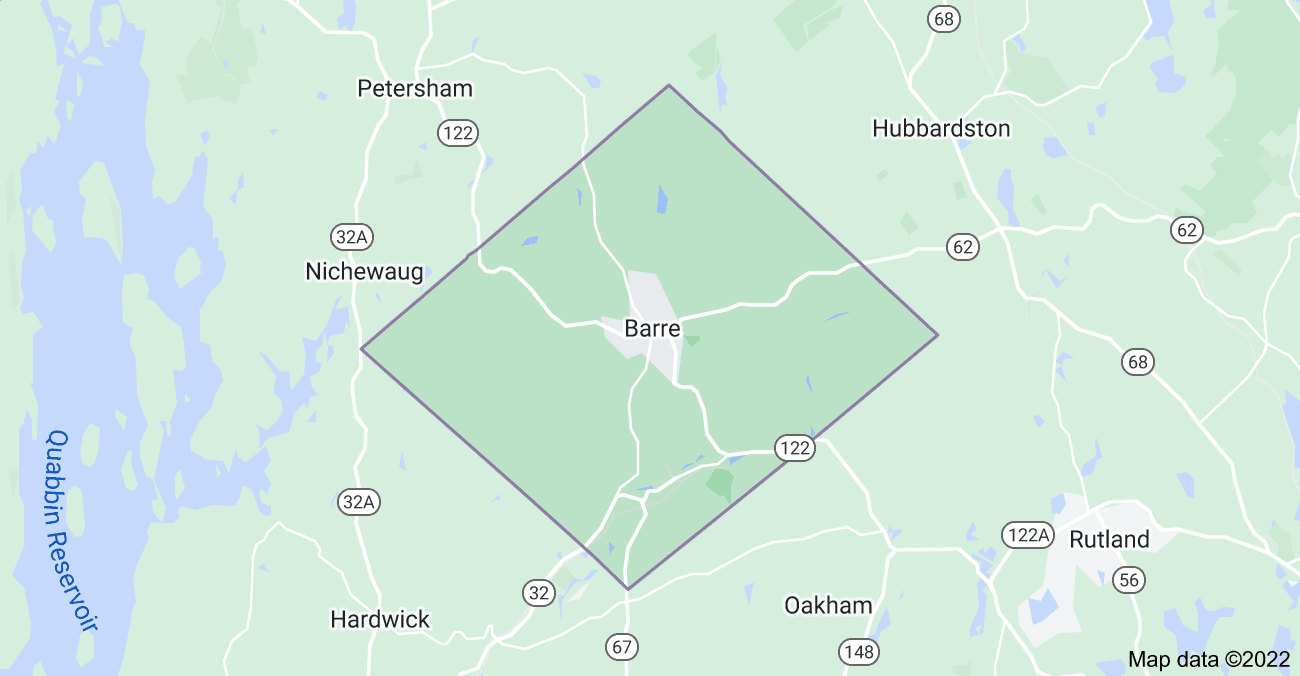 What’s My Barre Home Worth?