Ayer is a thriving town in the historic Nashoba Valley of Massachusetts. It is located 35 miles northwest of Boston, and within easy access of Interstate 495 and State Route 2. We are proud of our diversity, safe and beautiful neighborhoods, excellent schools, strong links to the railroad and Devens, quaint downtown, appreciation and protection of our natural resources, and our focus on the well-being of families and the community.

The town of Groton, which originally included Ayer as well as several other towns in the region, was settled by English colonists as early as 1655. The first settlement in the portion of Groton that would become Ayer was in 1667, when a mill was constructed to serve a small hamlet that had developed around the Nonacoicus Brook.

The community eventually came to be known as South Groton, or with the arrival of the railroad, Groton Junction. This area was later partitioned and incorporated as the town of Ayer in 1871. 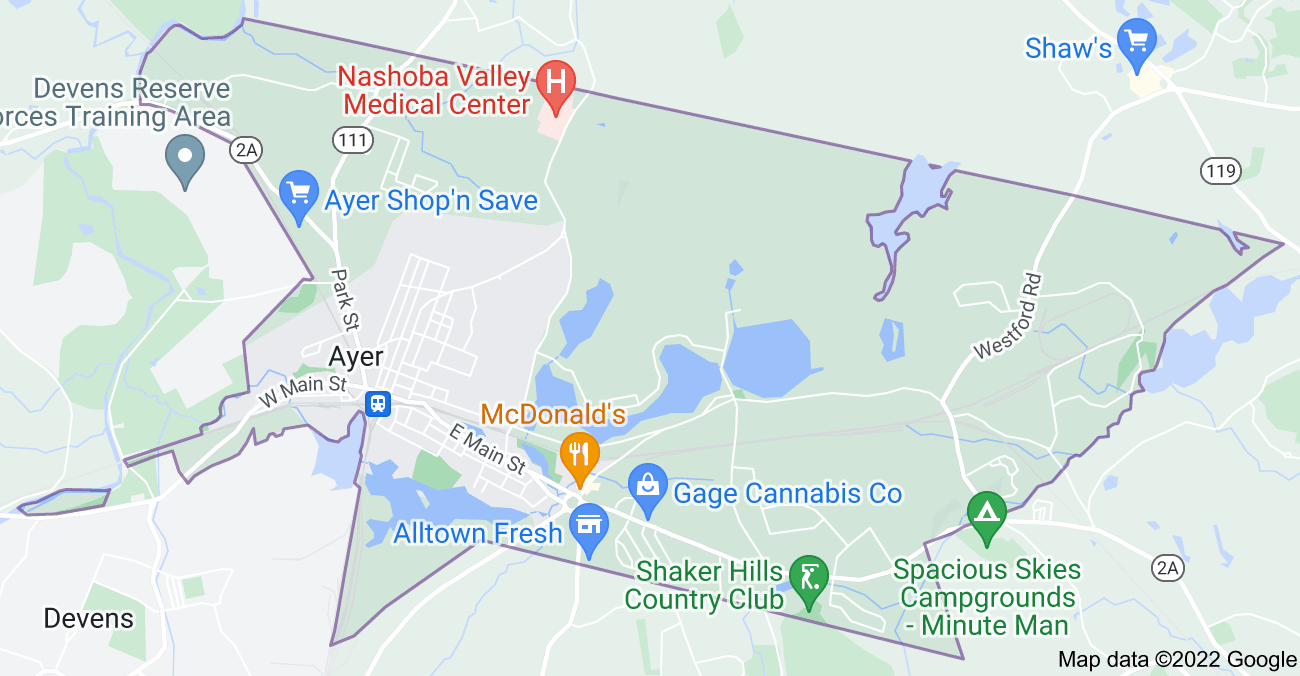 What’s My Ayer Home Worth?