Originally called Pequoiag when settled by Native Americans, the area was subsequently settled by five families in September 1735. When the township was incorporated in 1762, the name was changed to Athol. John Murray, one of the proprietors of the land, chose the name which traditionally was believed to mean “new Ireland” although some, including historian James E. Fraser, dispute this definition.

The Athol Cotton Factory, built in 1811, was one of the first industries to serve a market beyond the local one. Through the 1800s, textile, leather, wood, and metal industries further expanded the market for goods produced in Athol. The construction of the Vermont and Massachusetts Railroad in the 1840s fostered so much industrial growth that a second line connecting Athol and Springfield was constructed in 1870. Construction of the Fitchburg Railroad, an east-west line, came through Athol in 1879, on its way to the Hoosac Tunnel and the Berkshires. 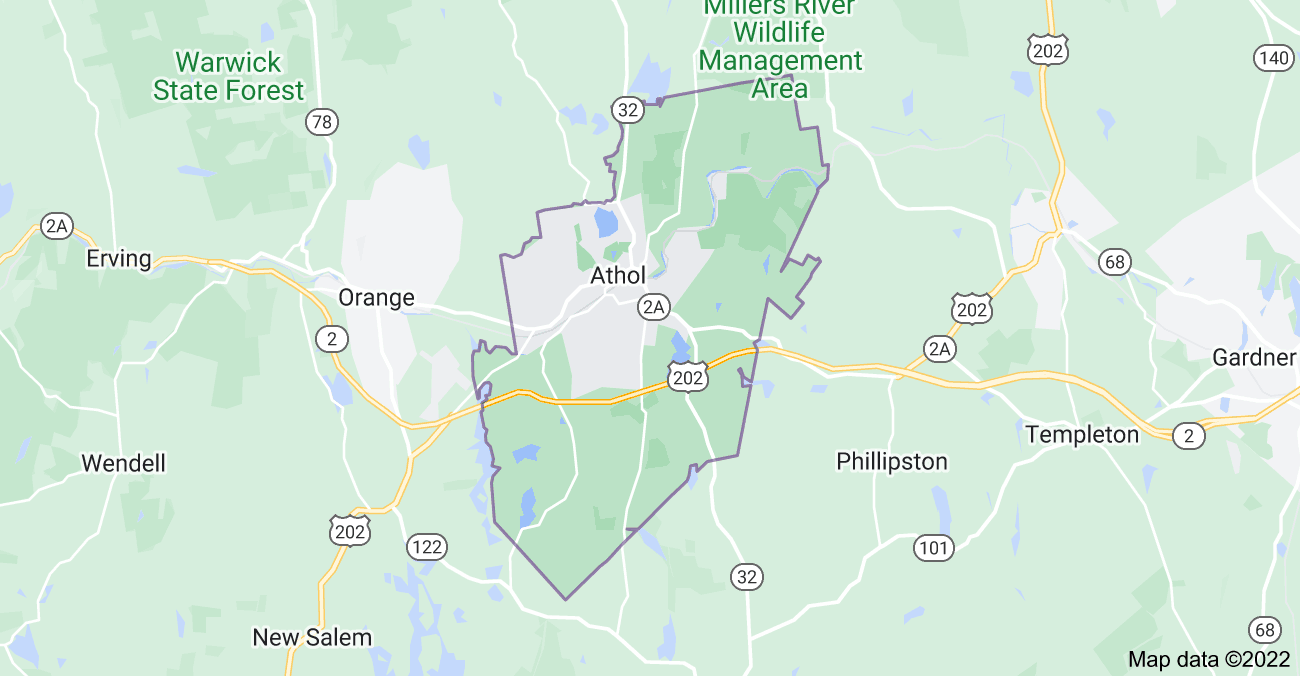 What’s My Athol Home Worth?