Ashburnham’s location on the Central New England Divide and high altitude, sends water to the north, south, east and west providing water to the Merrimack River and the Connecticut River and in the early 1800’s sustained enough water power to establish tanneries and mills for the manufacture of lumber, tubs and pails, cotton spinning and furniture, the last bringing it to its manufacturing zenith between 1870 and 1880 employing 480 men, 100 who were convicts due to lack of a workforce. At this time Ashburnham was the second-largest manufacturer of chairs in the world, behind only Gardner.

Location tempered the growth of manufacturing and only one industry began to develop as chairs declined; education. Cushing Academy was established in 1875 and has grown into an international institution. State Forest, Town Forest and private and public ownership in trust has given Ashburnham 1/3 of its undeveloped land to open space; a very large swath of green with seven lakes, numerous ponds, two Watatic Mountains, a number of hills and the convergence of two major New England hiking trails, the Mid-State and the Wapack. 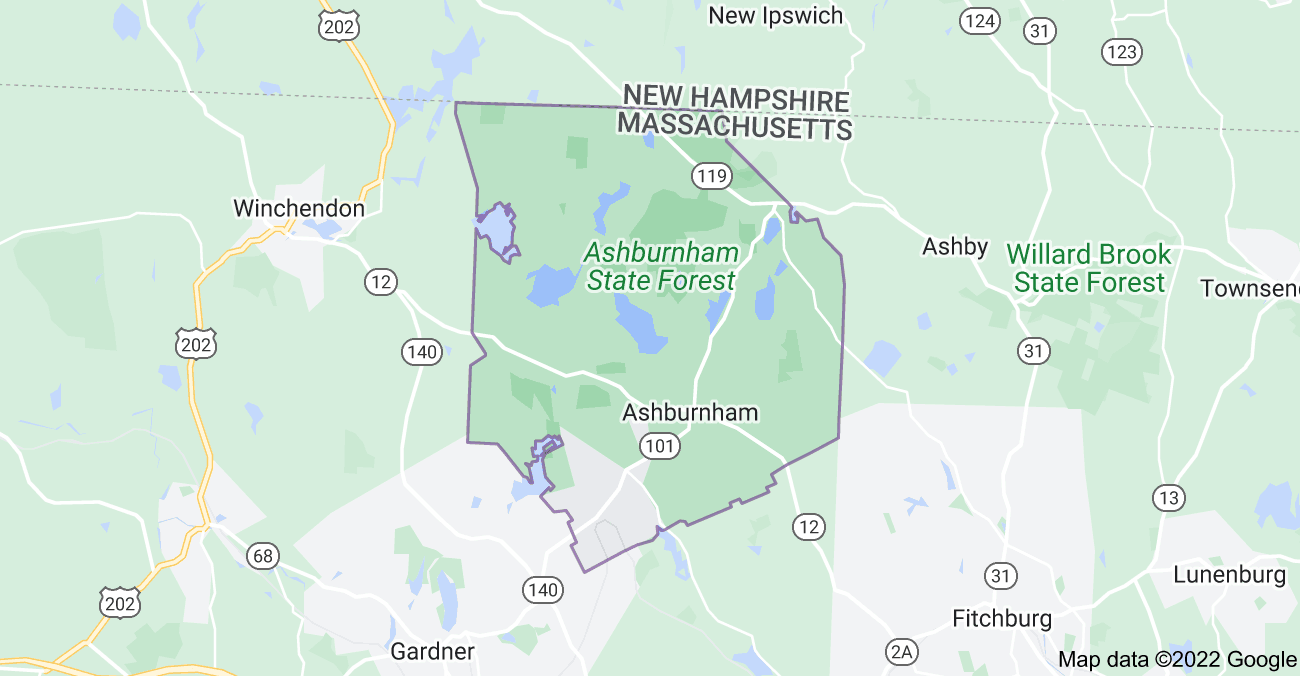 What’s My Ashburnham Home Worth?