Amesbury is served by two interstate highways. Interstate 495 runs from west to east through town, ending at Interstate 95 just over the Salisbury town line. It has two exits in town, Exit 54 at Massachusetts Route 150 (which lies entirely within Amesbury, and leads to New Hampshire Route 150) and Exit 55 at Massachusetts Route 110, which also provides the town’s only direct access to Interstate 95 at Exit 58. I-95 crosses the southeast corner of town, entering along the John Greenleaf Whittier Memorial Bridge, a steel through-truss bridge crossing the Merrimack River. The Whittier Memorial Bridge lies just west of the town’s only other bridges across the Merrimack, the Derek S. Hines Memorial Bridge, which connects Amesbury to Deer Island (which is still part of Amesbury), and the Chain Bridge, the only suspension bridge in Massachusetts, which spans from Deer Island to Newburyport. The current version was built in 1909, but was predated by the 1810 suspension bridge, one of the oldest suspension bridges in the country. 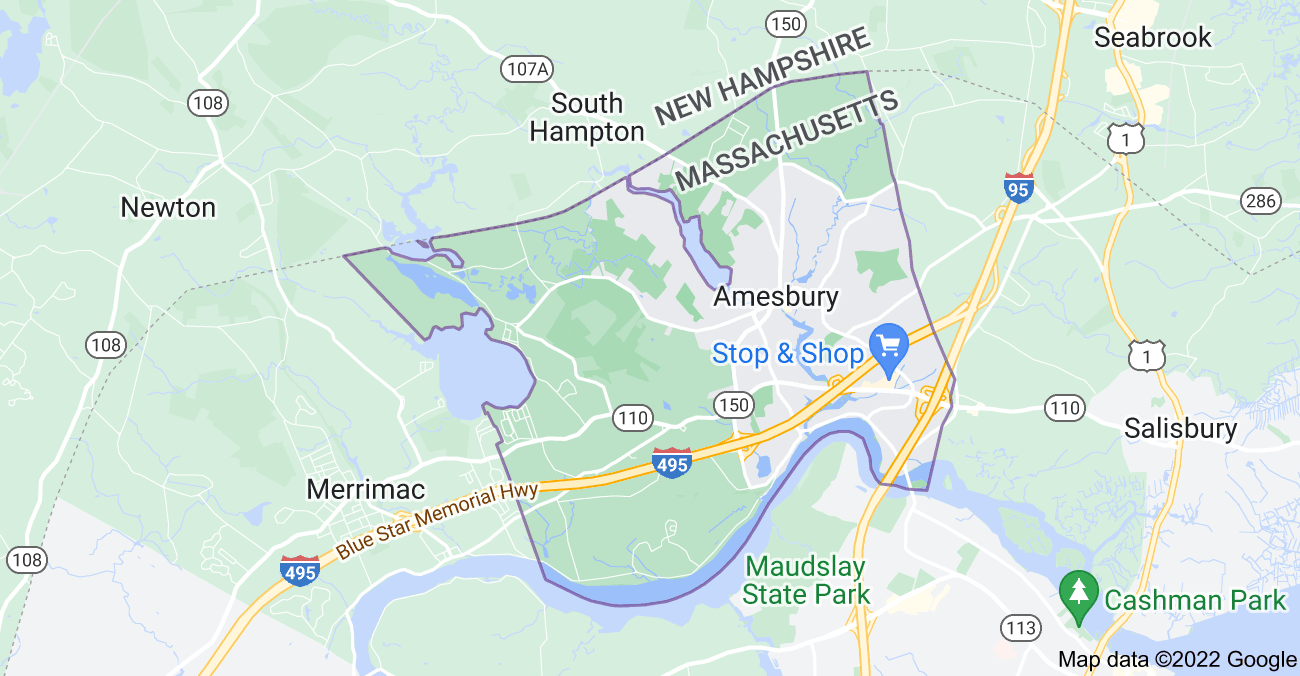 What’s My Amesbury Home Worth?