Adams is a town in northern Berkshire County, Massachusetts, United States. It is part of the Pittsfield, Massachusetts Metropolitan Statistical Area. The population was 8,166 at the 2020 census.

Early settlers in the 1760s included a group of Quakers, many of whom migrated together from Smithfield, Rhode Island. The Quaker civil rights leader, abolitionist, and suffragist Susan B. Anthony was born in 1820 in Adams, and her family lived there until she was six. They moved west into New York, and later moved again to western New York. Anthony’s childhood home has been preserved and is operated today as a museum.

Since the late 20th century, the town has encouraged historic and destination tourism, part of a broader trend in the Berkshires. It has promoted its natural environment and outdoor activities, and its proximity to the galleries, museums and colleges of North Adams. 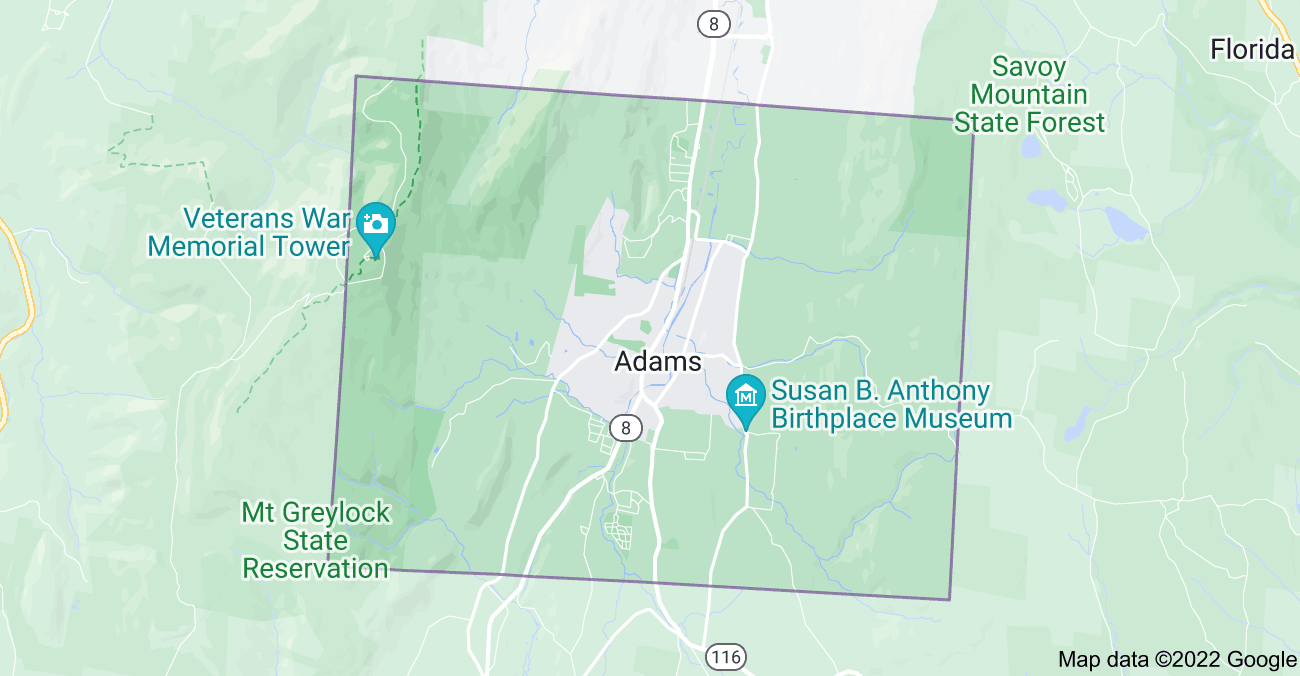 What’s My Adams Home Worth?